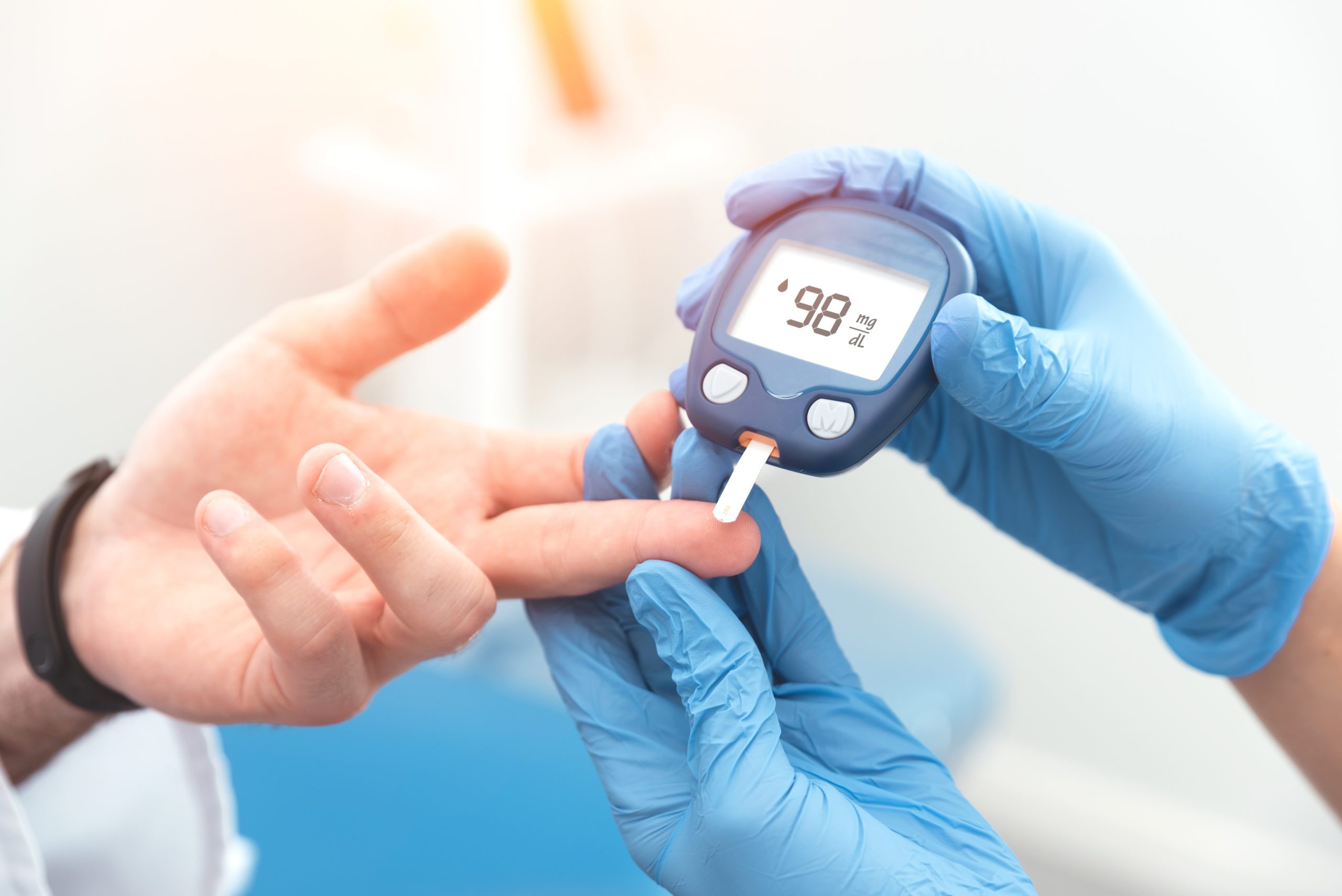 Diabetes mellitus is the collective term for various metabolic disorders. Mainly, it refers to chronic hyperglycemia, which is also commonly referred to as diabetes. In medicine, a distinction is made between two types of diabetes, with 90% of sufferers suffering from type 2 diabetes. In this case, on the one hand, the effect of insulin in the body’s cells is reduced, and on the other hand, those affected exhibit an insulin deficiency. Type 1 diabetes, which occurs in only 10% of sufferers, affects a particularly large number of children and adolescents. This is an autoimmune disease in which insulin production is disturbed by the body’s own immune system. As a result, the glucose level in the blood, the so-called blood sugar, increases.

Diabetes has become a widespread disease and the numbers are alarming. In Germany alone there are currently at least 8 million people who suffer from it, the number of unreported cases is probably even higher, and every year about 600,000 new cases are counted. Recently, one reads more and more often that CBD can alleviate the symptoms of this disease and also possible late effects.

CBD in diabetes – support in the treatment

In the past 20 years, the number of people suffering from diabetes increased by almost 40%. In the past, diabetes was more common in people of advanced age, but now it affects people of all ages. With the help of a healthy diet and exercise, many diabetics manage their disease without needing medication. However, most of them are dependent on insulin injections for the rest of their lives and also suffer from the painful accompanying symptoms. As a result, more and more sufferers are looking for support in their treatment and are turning to CBD. Due to its anti-inflammatory properties, it could be possible that the pancreas regenerates and is stimulated to produce insulin again. The reason for this lies in the so-called endocannabinoid system (ECS), which the human body possesses, as well as the two associated receptors (CB 1 and CB 2). Although the significance of the endocannabinoid system is not yet fully understood, researchers suspect that it can influence bodily functions and messenger substances.

CBD could exert its effect by docking onto the receptors of the endocannabinoid sys- tem. Various studies have shown that CBD may have pain-relieving, sedative, anti-anxiety and anti-inflammatory effects in the human body.

Conventional diabetes medications mainly lower blood sugar levels. CBD could help reverse the disease. Researchers see great potential for this in the cannabidiol, and that makes CBD an important hope for diabetics.

However, although there are increasing reports from users that they need less insulin since taking CBD, all steps must always be discussed with the treating physician. CBD is neither a drug nor a miracle cure, and under no circumstances should the prescribed medication be discontinued on its own. The cannabidiol should always be used only as an adjunct to conventional therapies. According to scientists, CBD has a very great potential and therefore in the future there will be more and more studies and experiments that investigate the effect of cannabidiol. The hemp extract could soon help diabetics to get their disease under control and alleviate the symptoms.